Posted at h in Media Release, News by mohamadfm

In a statement today, SFC informed that an inspection was carried out at the owner’s premise, although licence to keep the sun bear has been issued by Controller of Wild Life, Forest Department Sarawak (FDS), the owner has violated certain terms and conditions of the licence.

Sun bear is protected under Sarawak’s Wild Life Protection Ordinance, 1998, whereby killing, keeping, selling, buying the animal or its derivatives are prohibited by the law and if found guilty, the perpetrator can be jailed for one year and fined RM10,000. Licence can be applied but applicants must comply with the licence terms and conditions.

In view of this, CEO of SFCSB, Zolkipli Mohamad Aton reminded anyone keeping any totally protected or protected animal illegally must surrender it to the authority before action is taken against them. He further expressed his hope that those keeping protected animals under licence to willingly surrender them to SFC before they become a problem. 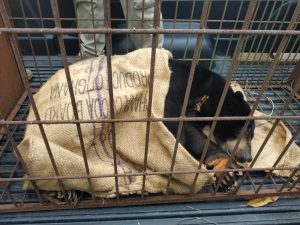 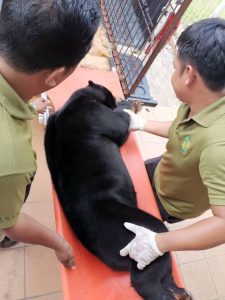